The Code of Confederate Flag Etiquette

(PDF version of the document) 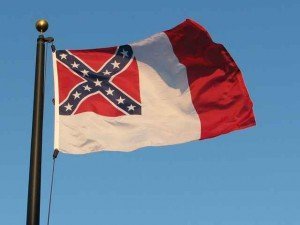 These symbols have been abused and desecrated not only by those who hate The South, but increasingly by well-meaning Southerners. This Code of Confederate Flag Etiquette is designed as a guide for those who respect The South. If Southerners will not respect the Confederate flag, then how can we expect others to respect it?

It is our hope that this Code of Confederate Flag Etiquette will be adopted by Southern organizations and individuals as a guide to respecting and honoring the symbols of our beloved South and those who sacrificed and died to defend her.

This document is copyrighted in order to preserve its integrity, assure that there is a single recognized Code of Confederate Flag Etiquette, and to control revisions. It is licensed using the Creative Commons Attribution 3.0 unported license. You are free to copy, distribute, share, remix, and adapt it for commercial or non-commercial purposes. The only requirement is that attribution be included; this means that a link must be included to www.confederatecolonel.com . It is our intention that this Code be used and distributed as widely as possible. You are encouraged to download the PDF version and add it to your own web site – or simply provide a link to it here. If you have a specific use that you feel may not be covered by the license, please use the Contact Us form and we will do whatever we can to help get it widely distributed. Thank you for your understanding.

If you have comments or suggestions for amending the Code, please use the Contact Us form. Suggestions will be reviewed by a group of advisers and a decision will be made by that group. As the copyright holder, my role is that of administrator and custodian – neither I, nor anyone else, “owns” this Code of Confederate Flag Etiquette.

The Code of Confederate Flag Etiquette was adopted by the Military Order of The Stars and Bars in July 2011. If you would like to add your organization to a list of those who formally adopt this Code as the recognized standard for the use of the Confederate flag, please use the Contact Us form for details. Adoption of this Code does not, in any way, imply agreement or endorsement of anything else on this web site.

MODIFICATIONS AND USE OF THE FLAG
The flag should never be modified in any way. It should be displayed as originally designed without alteration.
The basic flag design may be incorporated into the logo of an organization only if it is done in such a manner as to hold the Confederate States of America in the highest respect.
The flag, or design elements of the flag, should never be used to associate The South or the Confederate States of America with any other political or social agenda.

Examples of ACCEPTABLE incorporation into a design are:
a. Sons of Confederate Veterans logo
b. United Daughters of The Confederacy logo
c. State flags

Examples of UNACCEPTABLE incorporation into a design are:
a. Images of the Confederate flag, or design elements of the flag, combined with images of skulls, motorcycles, or other objects that detract from the honor and respect due the flag.

Examples of UNACCEPTABLE use of the flag:
a. The Confederate flag with images of skulls, motorcycles, or any other object.
b. The Confederate flag incorporated into any article of clothing. An exception to this is neck ties and lapel pins that have traditionally been used to respectfully display patriotic symbols.

Examples of ACCEPTABLE use of the flag image:
a. Bunting or similar material used for patriotic decoration which includes design elements of the Confederate flag, or images of the flag such that it is clearly not being used as a flag. Examples would be the flag: depicted furled, on a staff, carried in battle, in a memorial arrangement.

FOLDING THE FLAG
To fold the flag, two persons face each other and hold the flag waist high and horizontally between them. They fold the lower half of the flag lengthwise over the upper half; then fold it again in the same manner. The person holding the fly end folds the lower right corner to the upper edge to form a triangle, folds the outer point inward to form a second triangle, and continues to fold the flag in triangles until the entire length of the flag is folded, ending with the hoist end to the outside.

(PDF version of the document)

One Response to Flag Etiquette