This section of the Confederate Colonel web site contains solid resources for defending our Southern heritage. Included here are links to reputable resource sites and copies of individual documents. To the best of our knowledge, these are all either in the public domain, or used with permission, or are covered under the Creative Commons license.

Military Order of the Stars and Bars

Slavery in The North

Slavery in the Northern states – Digging up slavery artifacts from plantations in New York, New Jersey, and Massachusetts.

The Irish Slave Trade – For some reason, the public schools and the media and the race hustlers never seem to mention this part of history.

Dick Morris on How the English civil war led directly to America’s War for Southern Independence. 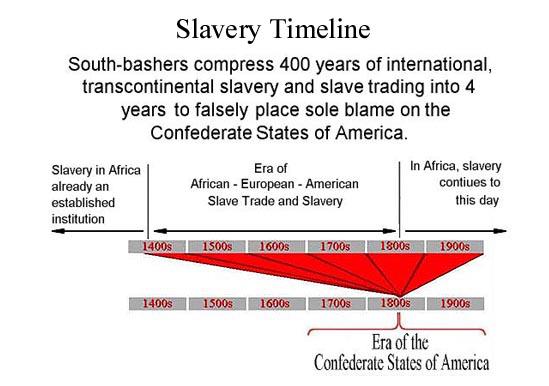 Slavery Timeline created by Connie Chastain of the blog 180 Degrees Due South (http://one80dts.blogspot.com/). Reprinted with permission.

Voting Strategy 2004 – When The Lesser of Two Evils is No Longer An Option is a document that makes the case for supporting “minor party” candidates rather than believing that it is a “wasted vote”. Written by Stephen Clay McGehee.