In Defense of Cursive 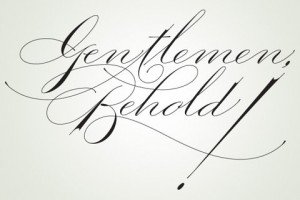 One of the main concepts of Agrarianism is the avoidance of industrial dehumanization and the embracing of that which defines us as individuals. We are not interchangeable parts in a corporate machine. All printing, by definition, looks pretty much the same. Cursive handwriting, on the other hand, reflects the personality and character of the person writing it.

The only question about handwriting styles used to be “Palmer” or “Spincerian”. Today, the question is whether children should be taught cursive writing at all – and that is a sad commentary on our culture.

During the trial of George Zimmerman, one witness took the stand and famously testified that she could not read the letter that she said was sent by her but written by a friend. The reason she gave when cross-examined? “I can’t read cursive.” Have we descended that low? Has the cold, sterile printed word replaced the smooth flowing character of cursive? Will the next generation be incapable of reading anything that doesn’t appear on the screen of the latest digital gadget? If Common Core Curriculum is allowed to take root, then the answer will be “yes”. Cursive writing is nowhere to be found in that indoctrination system masked as education.

It wasn’t until just a few years ago that I “rediscovered” cursive writing. Coming from a technical background, printed characters were the standard. One of my early jobs out of college was designing material handling equipment for the textile industry. At that time, drawings were done on paper, using a T-square, pencil, and drafting instruments. In college, we were taught exactly how to print in the Drafting classes, and that’s how it was done on the job.

The text on technical drawings was always printed in a very standardized style. Now, however, I try to use cursive writing whenever possible, and almost always with a fountain pen. I started by paying close attention to my signature, and then using that same care in notes and letters. Since I now make my living writing software, there is little room for cursive other than making notes to myself, but I still use it whenever I can. 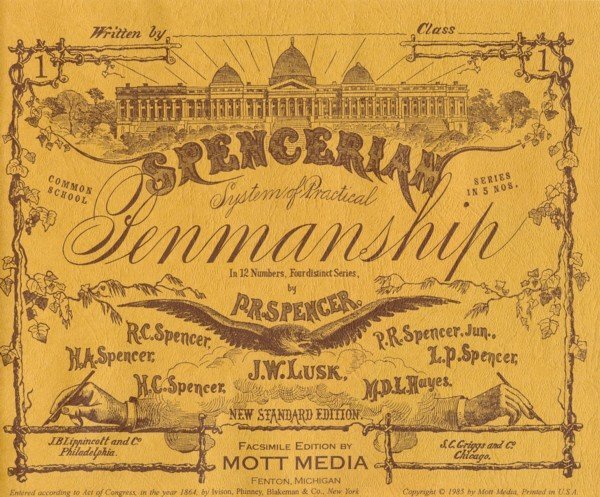 Among the collection of home schooling books that we have for our grandchildren is the Spencerian Penmanship book.

10 Responses to In Defense of Cursive