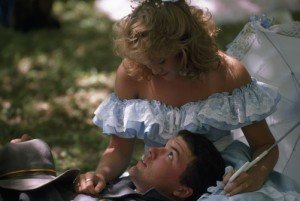 This collection of videos and other media are examples of the Occidental culture from which our people – the Southern people – sprang. Notably absent here is any sort of multi-culturalism, any hint of appeasement to other cultures, any apologies for being who we are. For the most part, these are not examples of Southern culture. Those examples are now exceedingly rare, having been crushed under the boot heel of cultural Marxism.

These are about preserving a culture – not “multiculturalism”. Diluting a culture by mixing in other cultures does not strengthen it – mixing cultures weakens all those involved. The social diseases of “political correctness” and “multiculturalism” have as a chief goal the destruction of Southern culture and the Occidental (Western European) heritage that it is based on.

Why is that we, as a people, seem incapable of understanding the importance of maintaining our culture and our heritage and defending against the attacks from Cultural Marxism? Why do we continue to commit cultural suicide?

“Any society which suppresses the heritage of its conquered minorities, prevents their history or denies them their symbols, has sown the seeds of their own destruction.”
Sir William Wallace, 1281


Singing in Estonia. The title of the song is “Cherishing the Land of My Fathers” – a celebration of the Estonian people.

(Note: The sound drops out in the last few seconds of the video.)
See this post for the lyrics and more about this video. My maternal grandmother was born 115 kilometers from the Estonian border – these are my people. My father’s side of the family has been in The South since 1701.

The lyrics to this Estonian song can be read here.

Train up a child in the way he should go: and when he is old, he will not depart from it.
Proverbs 22:6