George Washington’s 110 Rules to live by

Posted on December 6, 2010 by Brian Standerfer 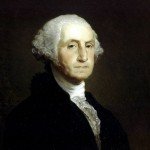 Amongst the papers of George Washington’s estate were found manuscripts written by Washington himself during his teens. One of these manuscripts was titled, “Rules of Civility and Decent Behaviour in Company and Conversation,” a list if not written by him were compiled by him about the age of 16, about 1744. The paper contains 110 “Rules” which Washington obviously learned and held important to his life. We know of the high regard in which Washington was held, his behavior in public, etc. from many personal accounts written by those who knew him. So it would appear that Washington did indeed live by these “rules to live by” from a very early age. While some of these rules of etiquette were written for proper Colonial times, most, can be useful for our lives

You can view the original manuscripts and read transcriptions, here, on the website, “The Papers of George Washington“.

This entry was posted in Culture and Heritage, Manners, Traditions, and Etiquette and tagged Brian Standerfer, chivalry, civility. Bookmark the permalink.

One Response to George Washington’s 110 Rules to live by