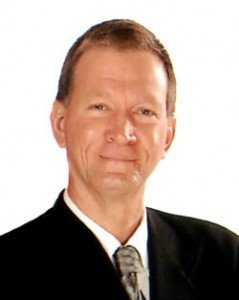 Do you have a question about what we’re doing here? Maybe you’ve been wondering about some aspect of Southern culture. This is the place to ask those questions. I might not have the answer – in fact, there’s a good chance that I won’t; however, I’ll try to find it and post it here.

Please use the Leave a Reply section for your questions. Questions will NOT be published here as a reply, but will be added to this page in a Question & Answer format. Please note that this is not the place for debate or bashing The South (or anyone, for that matter). Questions may be edited as needed.

Q: Information Sources In my many months of researching our Southern culture so that I may respectfully represent Dixie, I have come across many helpful pieces of literature that I believe I can truly learn from. One of those works of literature is the third edition to Lyon Gardiner Tyler’s “A Confederate Catechism.” In the Catholic Church, we have a book called the Catechism of the Catholic Church (CCC) that answers our many questions regarding Catholicism. It appears that Tyler’s catechism for the Confederacy answers our many questions about the War for Southern Independence, however, some of his answers may seem questionable. I had a discussion with a nice fellow, and he said that Tyler’s information is biased and implied that his views on slavery make him unfit as a “teacher.” The answers in Tyler’s catechism are very good and answer many questions, but are they actually biased? Or, can we use “A Confederate Catechism” to further our knowledge of the Confederacy with basic understanding of the War? – Andre J. Davillae

A: Let me start by saying that, although I have heard of it, I do not own nor have I read A Confederate Catechism, so I cannot fairly answer that one. I do, however, have a few suggestions that might be of a similar nature. Before we go into that though, I need to offer a caution about putting too much faith in one man’s thoughts on a subject. The farther away in time from the events being written about, the easier it is to inject personal opinion and “the way it should have been.” I say that with the full understanding that I stand guilty of that just as much as the next person.

Here are a few suggestions in no particular order other than where they are on my bookshelf for books that present “bite sized” pieces of Southern history and culture rather than being one large volume of information. Most are a bit like an encyclopedia in that you can find and read about one narrow topic rather than having to start at the beginning and read until the end.

Q:Flag Sources I recently purchased my first Confederate stick flag (Naval Jack) from the United States Flag Store. Although I am quite pleased with the quality of the flag, I was wondering where you purchase your flags and if you have any store suggestions for me? This is in regards to all types of flags, not just stick flags.

When I am finally residing in a nice log/rustic home somewhere in rural Alabama, I would love to have a large Confederate flag (perhaps the Blood-Stained Banner) out front on a high pole alongside the Alabama state flag and American flag. I would also love to have a Confederate flag (preferably the Battle Flag or Naval Jack) flying behind the cab of my truck, but I understand that national flags are supposed to be respectfully stationed on the front of vehicles (although those were not national flags). Hopefully, that will give you an idea on the types of flags I am looking to purchase. – Andre J. Davillae

A: I understand the frustration of not being able to find the kind of flags you’re looking for. The standard 3 x 5 flags are fairly common, but I needed the larger (and hard to find) 4 x 6 size for our front yard. That search, as well as other factors, led me to set up a web store so that I could purchase the flags I wanted in bulk and sell the remaining ones. The store was (and still is) an experimental test platform since my primary business is writing software. It is quite functional and I have sold out of some items already, but the web store doesn’t have a polished look at this point. I hope to find the time to remedy that at some point.

One important factor is the fabric material used for the flag. The link above goes into that a bit. If you’re looking for the standard 3 x 5 flags, or some other types of flags, just doing a web search is probably the best way to go.

3 Responses to Questions and Answers