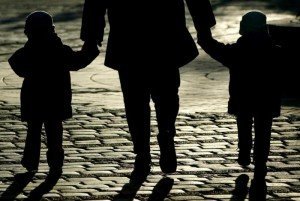 One cannot be a vocal advocate of Southern heritage and culture without encountering the topic of race on a regular basis. It shouldn’t be that way but it is, so it must be confronted head-on.

I have been reading recently about the concept of White Privilege – what our accusers define as an unearned, unmerited advantage that Whites have over other races. To that I answer, “Guilty As Charged.”

Let’s look at this White Privilege that gives me an “unfair” advantage over others:

I have the privilege of being raised by both my mother and my father in a stable home where drugs, alcohol, and crime never intruded.

I have the privilege of being raised by parents who understood the value of education and insisted that I and my siblings take learning seriously.

I have the privilege of being taught at an early age that making sacrifices today in order to have something better tomorrow is one of the keys to progress.

I have the privilege of having grandparents who taught my parents these same values – and generation upon generation before them.

I have the privilege of learning about the Western European culture – the music, the literature, the science, the art – that has enriched the lives of all who care to take advantage of that culture; freely bestowed on all who care for the finer things of mankind.

I have the privilege of having a strong work ethic instilled in me from a young age.

I have the privilege of being raised in a Christian home and taught about the wholly undeserved love of a God who would sacrifice His only Son to pay for my sins.

All these privileges were given to me, completely undeserved and unearned. They were given to me by the generations that came before me because they put the best interest of their children above all else. If other races or other groups of people choose to live for their own immediate gratification with little thought for the fate of their descendants, then that is their choice. It is my fondest hope – and expectation – that one day my grandchildren, when accused of White Privilege, will proudly proclaim “Guilty As Charged”.