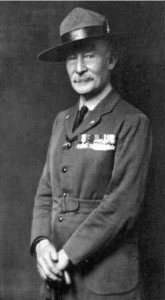 In this series, we will go through each of the key points of the Scouting program and see how they relate to the Southern gentleman.

Here’s a quick overview of this series:

The Boy Scout Motto – Be Prepared

The Scout Law – A Scout is:

The Scout Oath
On my honor, I will do my best,
to do my duty to God and my country, and to obey the scout law;
to help other people at all times;
to keep myself physically strong, mentally awake, and morally straight.

Like any man who was a Boy Scout, I did not have to look those up – they are burned into my memory from repeating the Scout Motto, Scout Law, and Scout Oath at each meeting. Any man aspiring to live as a Southern gentleman would do well to adopt the Boy Scout Motto, Law, and Oath as their own. No one starts their life from scratch – we choose people and ideals to pattern our lives after. The Scouting pattern is what this series will explore.

2 Responses to The Scouting Pattern