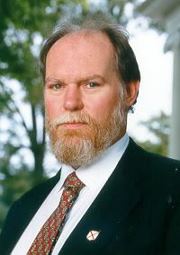 This is a guest post written by Michael Hill and first published on his Facebook page. Mr. Hill is president of the League of The South.

Egalitarianism is a topic that we have covered here a number of times. Understanding the corrosive effects of egalitarianism on a society is crucial to understanding how America has degenerated into what it is today. Egalitarianism is not the only factor at work, but it is one of the least appreciated factors, simply because we, as a people, have been propagandized to believe that it is a good thing.

Then everything includes itself in power,
Power into will, will into appetite;
And appetite, an universal wolf,
So doubly seconded with will and power,
Must make perforce an universal prey,
And last eat up himself!

By listening to America’s political class, one would think our founding principle was equality rather than the consent of the governed. Both Democrats and Republicans now commonly pay homage to the Jacobin notion of equality, echoing Lincoln’s revolutionary ideas as expressed in the Gettysburg Address and elsewhere.

As we move toward another meaningless presidential election, Democrats and Republicans, liberals and neoconservatives, all prattle endlessly about the virtues of “equality of opportunity,” and some even seek to legitimize the insane notion of “equality of outcome.” But a sane nation will embrace only two kinds of equality: (1) the equality of men’s souls at birth; and (2) the equality of all men under the law. Another kind, the lofty sounding “egalitarianism” praised and practiced today as equality of opportunity and of outcome, is the tyranny of an elite wedded to a populous, vengeful underclass: the universal wolf of the modern age. It is poised to devour even the ruling elites who, for now, benefit from the madness.

The “underprivileged” and “oppressed” black female of the 1960s, for instance, today may well hold a job that traditionally belonged to a white male; she may send her children to schools with white children; she may live in a greening suburb rather than a slum; she may enjoy the franchise. No matter. Her life has deteriorated in ways that affirmative action statistics never will tell. Her real wages have declined since 1972, even while her nominal dollars have increased. Many of the students who go to school with her children will graduate from high school and college virtually illiterate, some to satisfy minority-hungry employers. And her subdivision, which in the 1960s was inhabited by folks who perhaps had locks on their doors, but owned no keys, is regularly visited by vandals, burglars, robbers, rapists, and murderers. The civil rights politicians she has helped elect now enjoy the emoluments of office and escape blame for her current woes by promising more of the same.

The egalitarian wolf, let loose by abolitionists to ravage the Old South, has now, as Rev. R. L. Dabney predicted, turned and attacked its masters in the victorious north. The beast was first unleashed by French revolutionaries. Lord Acton wrote in “Lectures on the French Revolution: “The deepest cause which made the . . . Revolution so disastrous to liberty was its theory of equality. Liberty was the watchword of the middle class, equality of the lower.” Egalitarianism is the critical component in the rise of the modern totalitarian state, and its engine is driven by class hatred and envy.

Of the three pillars of the French Revolution—liberty, equality, and fraternity—only equality was foreign to Western civilization in 1789. Our Western forebears, beginning with Plato, realized that nature would not tolerate a system built on the falsehood that “all men are created equal.” Our present-day sanctification of equality as an end in itself stems from a misunderstanding of Jefferson’s unfortunate utterance. The great Virginian’s famous declaration to King George III was meant to assert the corporate political equality of Americans to Englishmen, and not, as we have been taught, to suggest that any one person is the mechanical equal of any other.

That antebellum Americans generally abhorred the French Revolution’s leftist ideology is evidenced by the rough treatment given, both north and South, to radical abolitionists and other advocates of equality. In the South in particular, an hierarchical social order was accepted as natural and proper. Democracy’s two main precepts—political equality through the franchise and majority rule (John Randolph of Roanoke’s “King Numbers”) largely were rejected by Southerners. They knew Shakespeare and agreed that hierarchy, not equality, was “the ladder to all high designs,” that without it “the enterprise is sick.” Southerners seemed instinctively to know that equality could be enforced only by an arbitrary act of government—a government that would assume the role of Procrustes, the evil son of Poseidon, who either stretched his victims or amputated their limbs in order to make them fit his bed.

Alexis de Tocqueville compared ancient despotisms with modern democracies. Of the former he wrote: “. . . their tyranny rested very heavily on a few but did not extend to a great number. . . : it was violent but limited in scope.” Of the latter he noted: “. . . if despotism were to be established among the democratic nations of our days, it would have different characteristics: it would be more extensive and more mild, it would degrade men without tormenting them.” So it has. But, ironically, not all of us equally. If egalitarianism rules, we must disallow the hierarchical ranking of individuals. How then to understand talk of “role models,” when no one is any better or worse than any other? How then to have heroes?

What today we paradoxically call “individualism”—licentiousness combined with a fervent belief that a ubiquitous government will shield one from the consequences of his actions—found no root in the traditional South; rather, the emphasis here has been placed on families and communities in which real men and women gauged acceptable behavior according to a fixed moral standard and took responsibility for their every deviation, expecting government to keep out of their business.

Two views of equality emerged in the Renaissance era. The one inherited by the South, that of Christian humanism, held that man and his institutions mattered only because he was created in the image of God and by Him was given dominion over the earth. The Christian perspective instructs us that Christian equality (equity) means the subjugation of everyone under God’s law.

The other Renaissance view of equality had been formed in antiquity by the Greek Sophists in opposition to Socrates, Plato, and Aristotle and promoted the belief that “man is the measure of all things,” not merely terrestrially, but universally. By setting up man and the civil governments he creates as the highest authority, the secular humanistic tradition deifies its own will. If indeed man is supreme in the universe, and some men succeed in acquiring political power over others, then to whom can the ruled appeal for the preservation of their “rights” should their rulers become despots? They, obviously, can appeal only to the conscience of the ruling class or to force. Rulers realized this, and, having no consciences, but wishing to avoid constant insurrection, resorted to the sham of democracy. The masses, if properly fed and entertained, would compromise between a demand for “liberty” and the desire to be led; they would elect masters who gave them the illusion of self-rule.

The Southern vision of a “Republic of Republics” founded on the natural, Christian inequality of man came face to face with a Jacobin northern vision of democratic nationalism founded on messianic egalitarianism. The Russian novelist Dostoyevsky remarked that “When a nation abandons its religious concepts (e.g. the Christian concept of man’s natural inequality), a wicked and fear-inspired craving for union is generated which has as its goal the salvation of its belly (i.e. materialism). In this case social union has no other aim.” Thus, Lincoln undermined the Southern States’ economies through the democratic process (superior numbers supporting high tariffs), and after Southern secession he “restored” the union again by sheer force of numbers (multitudes of Yankee soldiers coerced by conscription), welding the South as an economic colony to the northeast.

In our own day the purveyors of egalitarian democracy seek not, as de Tocqueville said, “to prepare men for manhood,” but on the contrary, “to keep them in perpetual childhood.” And they have done their task well, for the masses presently can be counted on to reason along sophomoric lines. Compulsory public (mis)education is the lynch-pin of the totalitarian state. New England Puritan divines, in company with the marquis de Sade, advanced the idea that lies at the heart of compulsory state (mis)education: that children belong to “society” rather than to their parents. The goal of modern egalitarians is, as Henri Frederic Amiel noted in 1862, “to create no longer complete human beings, but wheels of the great social machinery.” The American Establishment elite demands uniformity and an unquestioning acceptance of its childish myths, and most people accede like wide-eyed, fearful kindergartners.

De Tocqueville foresaw this tendency some 150 years ago: “I do not know a country where there is in general less intellectual independence and less freedom of discussion than in America.” There, he noted, “the majority builds an impregnable wall around the process of thinking.”

As long as unthinking Americans continue to keep in power those who uphold the evils of egalitarianism and keep silent when praise is heaped on its modern architects—from Lincoln to Obama–while the “accumulated wisdom of the ages” is ignored, it shall be a sure sign that we yet have Shakespeare’s universal wolf by the ears.