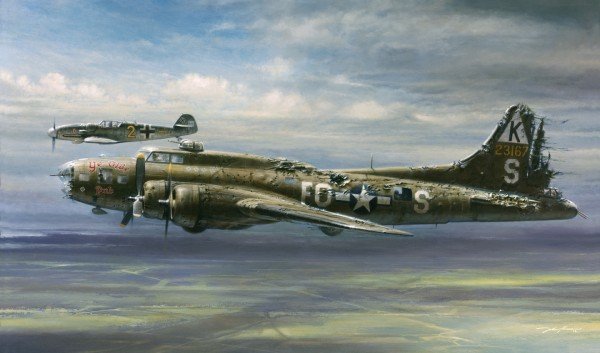 Mercy is one of the great hallmarks of chivalry. Mercy toward one’s enemy is the hardest mercy of all, which is probably why Jesus instructs us to love our enemies.

The following is taken from the Men Who Lead blog by best-selling author Marcus Brotherton. Mr. Brotherton’s post is titled, The Most Overlooked Command Ever. Be sure to take the time to read his original post and add his blog to your regular reading to learn more Lessons in Leadership.

On December 20, 1943, in the skies above war-torn Europe, two bitter enemies—an American B-17 bomber pilot and a veteran German fighter ace—met in what is undoubtedly one of World War II’s most remarkable encounters.

The American bomber, piloted by 21-year-old West Virginian Charlie Brown, was severely damaged. Bullets from German fighters had chewed the bomber to pieces. Others bullets had shot straight through the fuselage, and several crew members had been hit and were near death.

The German fighter plane, piloted by Franz Stigler, was poised to blast the bomber from the sky. It was Franz’s job to kill the enemy. His sworn duty was to triumph in blood.

In fact, encountering a wounded bomber was Franz’s lucky break. Other fighters had already done the initial damage, and when Franz flew up to the bomber, it was the most badly damaged airplane he’d ever seen still flying. That meant an easy target. And in the kill-or-be-killed quest to reach air superiority, the odds against the German’s survival were much worse than the American’s. Of the 40,000 German fighter pilots in WWII, only 2,000 survived.

But what happened in that tense moment when Franz and Charlie came to stare at one another across the frozen skies only can be described as other-worldly.

The American 8th Air Force would, in fact, classify the incident as top secret for decades.

The German military sealed the record as well. Franz was ordered never to speak of the act again, at risk of facing a firing squad.

What happened was, very simply … mercy.

Franz didn’t turn his machineguns on the Americans.

Instead, Franz risked his own reputation, career, and even life, to fly for miles in close proximity to the bomber’s wingtip, providing a “shield” for the damaged enemy plane.

Instead of killing his enemy, the German fighter pilot escorted the sputtering American bomber to safety. 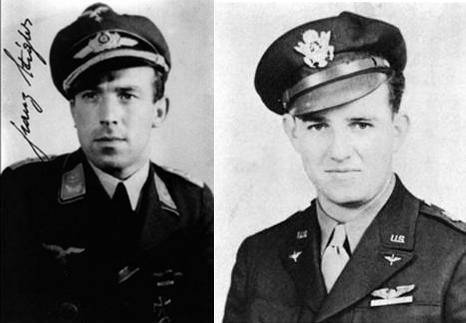 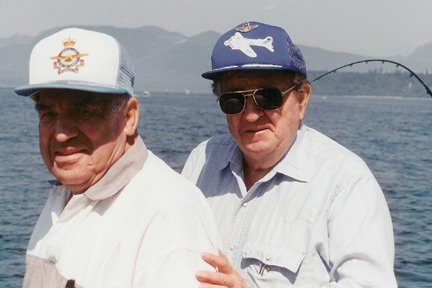 Both men survived the war and became close friends.

See also the post, Compassion for Others – Even the Enemy.

7 Responses to Mercy and Chivalry