Some Facts About Monarchies 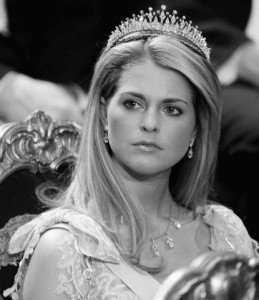 Today’s post at the Mad Monarchist (one of my favorite blogs) presents some interesting facts about the actual cost of monarchies compared to republics. Here are a few points from the post:

In Great Britain, the Queen is known for being exceptionally frugal, using the same car until it practically falls apart. In fact, in a recent year, the travel expenses for the entire British Royal Family was considerably less than the travel expenses for President Obama and his small crew.
•••
(W)hen people think of Marie Antoinette, they think lavishness and frivolity, they do not think of a woman who gave large amounts to charity, who broke down social barriers at court and who invited poor children to eat with her own royal offspring at Versailles. When it comes to royal children for that matter, it may surprise some to know how much more luxuriously the children of a President of the United States live compared to royal or even imperial offspring.
•••
The Romanov Archduchesses Olga, Tatiana, Maria and Anastasia, for example, had to sleep on camp beds and take cold baths. Their educational schedule was positively Spartan with dawn till dark studies and exercises. The White House may not be the Winter Palace but you can be sure the Obama daughters are taking hot baths at night. Similarly, when one thinks of an Emperor one doesn’t usually think of someone like Emperor Francis Joseph who slept on an army cot and wore clothes until they were worn out -and then patched them and wore them some more!
•••
In Russia, Emperor Alexander III preferred the simple meals of his servants to the delicacies of the banquets thrown by the upper class and his idea of recreation was a simple walk in the Russian wilderness with some sausage and a piece of bread for his lunch. These imperial leaders were hardly men of lavish, wasteful luxury and indulgence.

So… what is the point of this, you may ask? Why are we reading about monarchies on the Confederate Colonel blog? Aside from the fact that monarchies are a time-proven form of government that is grossly misunderstood by those who depend on American public schools for their education, it would behoove us give some serious thought as to what will replace the republican form of government here in America once it fully self-destructs. If you don’t see that coming, then you’re not paying attention. Am I advocating that America become a monarchy? The fact that I cannot see any realistic path from “here” to “there” precludes that. Still, it is a form of government that has stood the test of time for far longer than any form of self-government has. It’s a sad commentary on our ability to govern ourselves.