Lessons from The Titanic 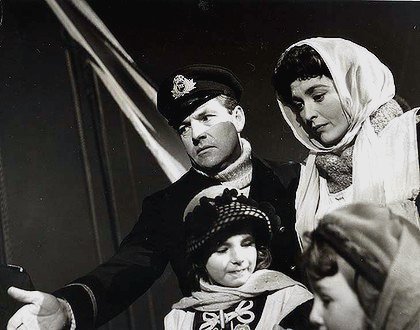 Following is an email that I received from Vision Forum – an organization that I have the highest respect for. It wasn’t until their coverage of the moral aspects of the sinking of the Titanic that I fully understood the importance of that event – and how sadly lacking that level of character and courage is today.

This April 14 marks the 101st anniversary of the sinking if the R.M.S. Titanic, one of the most highlighted moments in history in which men and boys sacrificed their lives for women and children.

One year ago, families from all across the country came together to commemorate the 100th anniversary of the sinking of the Titanic. It was an incredible event and one which gave glory to God for His hand of grace on the lives of the men who sacrificed themselves on that cold April night. With more than a hundred reenactors, soul-stirring messages, many live performances that highlighted the music of the era, and a memorable dinner cruise, we have been told by many that it was one of the most moving events in the history of Vision Forum Ministries.

The hundred-year mark of Titanic’s sinking truly stands as a place holder in a culture which has forgotten what it means to act nobly, to willingly give your life for another, and to honor women and children. At the heart of the forgotten notion of chivalry is the biblical doctrine of male sacrifice. This was exemplified in the life of Jesus Christ who gave his life for his “Bride,” the Church.

But the legacy of the men of the Titanic may not be ignored and left to end after its centennial mark. Click here to view a collection of more then thirty music, message, and performance clips from the Titanic 100.

The Legacy and Ongoing Work of the CBMTS

More than fifteen years ago, my father founded the Christian Boys’ & Men’s Titanic Society (CBMTS) to promote the biblical understanding of “Women and Children First” to future generations. Our goal is to study the many spiritual lessons which can be derived from the sinking of the Titanic and to apply them to our lives today, both spiritually and practically. Since that time, the CBMTS has come together for one evening each year to commemorate the legacy of the Titanic and to remind boys and men of our duty to carry the mantle of sacrificial manhood.

Last year, for the one hundredth anniversary celebration, my father passed the baton of leadership for the society to me. My desire is to see this important work advance. This next week, a group of men and boys will be gathering in San Antonio, Texas, headquarters of the Christian Boys’ & Men’s Titanic Society, to continue to honor the men of the Titanic and to commit to living sacrificially as we remember this monumental event with our annual dinner.

An Appeal to You: Gather a Dozen Friends and Hold Your Own Titanic Dinner

This year, I also would like to encourage each of you to begin a similar tradition. It doesn’t need to be big; it doesn’t need to be complicated. Just gather a few or many of your friends together for an evening meal of prayer, thanksgiving, and commemoration as men. What a wonderful thing it would be to know that, in dozens of places around the country, men are gathering to honor those who went before us!

How to Host a Dinner

The elements are simple:

Remembering the legacy of an event from so long ago is not just about getting together, but it is about gathering, giving thanks, and applying the lessons to our own life.

For Women and Children First,